The Region of La Libertad is located north of Lima and its capital is the City of Trujillo. One of the main attractions of this region is its long, rich and beautiful coast. This beautiful coast was once home to two of the most remarkable civilizations settled in America. The Mochica and Chimu Cultures.

The Mochica Culture settled in the Moche Valley from l00 AD to 800 AD. The Mochicas built the Temples of the Moon and the Sun which are currently under excavation. The Temple of the Moon is open to public and the walls of the pyramid hove several painted symbols and human representations.

Later on, the Chimu Culture ruled the area from 1200 AD to 1465 AD when the Inca Tupac Yupanqui conquered them. The Chimu culture built the biggest mud city in the world. Chan Chan had a capacity of one hundred thousand people in an area of 18 square kilometers with sorne walls as high as 9 meters. The city had streets, plazas with ramps, big houses, palaces, warehouses, water reservoirs, deposits and cemeteries. Chan Chanwas added as a Unesco World heritage in 1986. Nowadays, it is possible to observe sorne original walls, but most of them are covered by layers of walls that depict what was carved on the original walls. Sorne of the plazas hove still kept their original design and canbe visited.

Trujillo holds one of the best regional cuisines in Peru. Great restaurants can be found around downtown and Huanchaco. Eating at a local restaurant and then walking around down town Trujillo is charming.Another attraction of Trujillo is the weather. Trujillo is known in Peru as the city of the eternalspring because it is usually sunny with the warmest weather from November to April.

In Trujillo, it is possible to observe one of the most popular dances of Peru. Marinera is the most romantic and graceful dance of Peru. This elegant and stylized dance is a must see if you are in Trujillo.

If you decide to visit Trujillo, you should stay near the down town area. If you hove sorne extra days, you should spend a  night in Huanchaco to observe the beautiful sunset and the local fisherman surfing the waves on their local reed canoes known as "Caballitos de Totora". Surfis very popular in the La Libertad region where Trujillo  is  located. The most  popular spots  are Chicama  (aka Malabrigo), Poemape and Huanchacho. 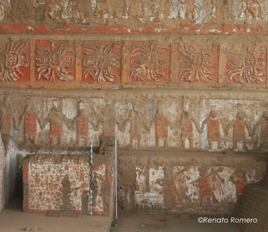 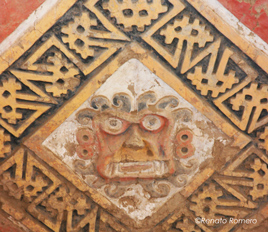 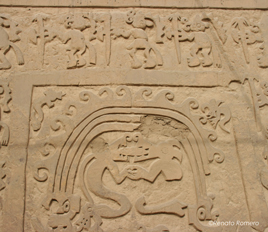 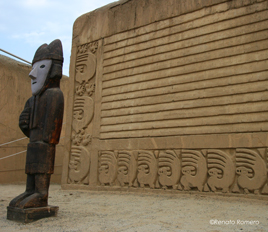 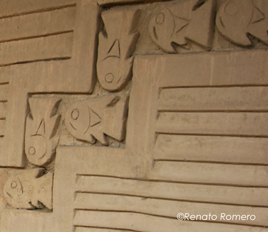 Huanchaco is a small town located about 15 minutes from downtown Trujillo. This is a quiet town with a nice pier and a beautiful, long beach. During the summer months (January to March), Huanchaco receives a lot of visitors from all over Peru. Huanchaco is known for its canoes made out of reeds called "Caballito de Totora". Locals hove been using these canoes to surf the waves for hundreds of years.These canoes were used by the in habitants of ChanChan. It is entertaining to watch the local fisherman majestically surfing the waves in their "Caballitos de Totora".

Huanchaco is popular among surfers. There are a couple of surfing schools in town.These schools rent out all necessary equipment during summer and winter time. Huanchaco is a great point to include ina Peruvian surf trip.Other surfing points in La Libertad are Chicama and Poemape.

Chicama is a small town located in the region of La Libertad about an hour away from Trujillo, the capital of the region. Chicama is also knownas Malabrigo. Fishingis the main activity in town and the pier provides a magical view. Getting to Chicama is easy and the road is in good condition.A localbus can be token from Trujillo.Weather in Chicama is similar to the weather in Trujillo and Huanchaco.

Chicama is famous because it holds the longest "left"wave in the world. From the breaking point, this wave can run for about a kilometer or even more. Usually, the wave is well shaped and fast and it is smaller than 6 feet. When the wave is bigger than 6 feet, it is possible to surf a perfect tube. During the winter, you will find only locals and just a few surfers. It is believed that this long wave was first seen in 1965 when the Hawaiian Chuck Shipmanobserved it from the window of his plane when flying back home.

"El Hombre" is the most famous person in town. He has been welcoming surfers at his house for over 30 years. He actually owns one of the lodges in town.This is a very small lodge with basic accommodations. In town you will find about 7 different places to stay. There are only a few places to purchase groceries.