It is believed that the presence of humans in the Region of Cusco dates back 7,000 years (Yauri and Chumbivilcas);  however, there is no real proof of it. The archaeological site of Marcavalle in the Cusco Valley, built around l000 BC, is the first real proof of the presence of humans in Cusco. With the decay of the Tiahuanaco civilization in the Puno area, their people moved north, settling in Cusco around 1200 AD. This migration gave birth to the Empire of the Incas. When the Spaniard Francisco Pizarro reached Peru, he quickly understood that this was a land rich in gold and silver and in order to conquer the people of Peru, he had to take over the city of Cusco. In 1534 the city of Cusco was claimed by Pizarro a ter defeating the king, Manco Inca. With this foundation, the city started a transformation which mixed Inca buildings with Baroque-style constructions, which can be observed nowadays. This remarkable style gained world wide recognition when it was added to the World Heritage List of the UNESCO in 1984. The Region of Cusco is a paradise for nature lovers due to its incredible snowy peaks, long and extensive rivers, beautiful lagoons and canyons, and its varied flora and fauna. The Valley of Cusco is usually sunny during the day and very coldat night from April to October. The rest of the year, it quickly goes from sunny to cloudy with heavy rain during the day and cold at night with heavy rains at any time.

The Region of Cusco is located inthe southern central part of the country. Cusco is a region with an impressive diversity due to the several ecological steps found in this rich area. This region is crossed by several important rivers such as the Urubamba and Apurimac, which give life to hundreds of species of flora and fauna. Also, its snowy peaks create several lagoons, which are also an important source of life.

The remains of Marcavalle are proof of the existence of a pre-Colombian culture which settled in the Valley of Cusco around l000 BC. The Wari civilization, born in Ayacucho, had an important influence in the Region of Cusco. The sites of Pikillacta and Espiritu Pampa in Cusco include remains of buildings and burial sites, which are clearly remnants of the Wari culture. The Waris ruled between 600 BC and l050 BC. During that period of time they coexisted peacefully with the Tiahuanaco people. Thus, Cusco was influenced by both cultures. 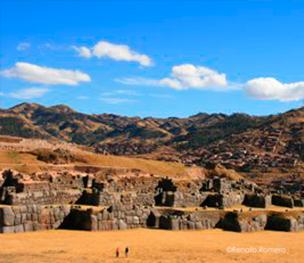 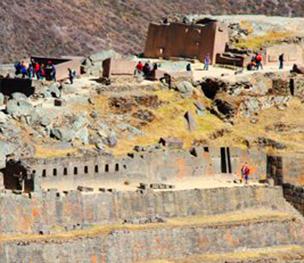 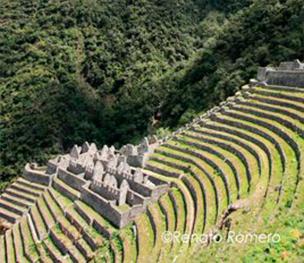 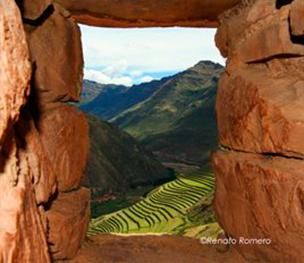 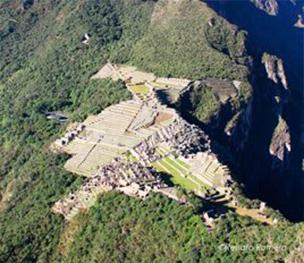 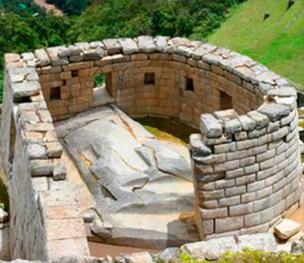 The decay of Tiahuanaco began the migration of a group of Tiahuanacos to the north of Puno in the l200s AD. Once this group arrived in the Valley of Cusco, they settled there and with this, the myth of Manco Capac and Mama Ocllo started. Manco Capac was the first Inca (aka King) or son of their most important deity, the Sun. The current City of Cusco was chosen to be the center of the Inca civilization, remaining as such during the civilization's expansion until it became an empire (The Inca layout of the city and its exceptional structural properties are still visible nowadays.) It wasn't until 1438 AD, when Inca Pachacutec became the new king, that the Incas became an empire, reaching its maximum extension with his son, Inca Tupac Yupanqui. The empire was divided into four zones known as "suyos," these being Chinchaysuyo to the west and northwest of Cusco (the richest one), Antisuyo to the north and east (the jungle one), Collasuyo to the south (the biggest one), and Contisuyo to the west and southwest (the smallest one).

Once Francisco Pizarro captured and assassinated the King Inca Atahualpa in Cajamarca in 1532 AD, he and his troops continued his advancement to conquer the City of Cusco (capital of the Inca Empire). Once in Cusco they defeated the new King Manco Inca, and an agreement was signed stating that Manco Inca accepted being ruled by the Kingdom of Spain. Thus, the City of Cusco was officially established as a Spaniard City. On March 23, 1534. The arrival of the Spaniards brought to Cusco new architectural techniques and styles which were added and/or mixed with the Inca buildings and techniques, giving birth to a remarkable style filled with syncretism. This made it possible for the City of Cusco to be added to the World Heritage List of the UNESCO in 1984.