Most people are unaware of the rich variety of sights and activities that Lima has to offer. It has a fascinating history, beautiful beaches, and varied landscapes. The best cuisine of Peru can be tasted in Lima. It is also a great playground for outdoor lovers.

Some scientists state that the Region of Lima has been inhabited by man for at least 11,500 years while others state that it has been inhabited since 7,000 or 6,000 BC. This timeline is substantiated by human remains and artifacts found in the cave of Chivateros (located in the District of Ventanilla, Lima Province or County). The first civilization developed in Peru and the Americas chose Lima as their home. They are known as the Caral people, and the main site is located in Puerto Supe District, Barranca County or Province. After Caral, several pre-columbian civilizations settled in Lima being the last one the Incas. The citadel of Pachacamac in the valley of Lurin was one of the most important administrative sites controlled by the Incas in the central coast of Peru.

The Natural Reserve of Yauyos is magnificent and unique due to its nevados, turquoise lagoons, crystal clear cascades, deep canyons, and varied flora and fauna. Also, "Los Pantanos de Villa" in Lima Province is home to a couple hundred species of birds which either live there year-round or use it as a stop during migration. Lima also has beautiful beaches and great waves for surfers. The Region of Lima has varied climates. For example, the coast is sunny during the summer and overcast the rest of the year with high levels of humidity at all times while the highlands are sunny most of the year and rainy during the summer. On the coast of Lima, the summer temperatures (December to March) can reach 27°C during the day and be as low as 20°C while during the rest of the year temperatures range between 13°C at night and 17°C during the day.

WHERE IS LIMA LOCATED

The region of Lima is located in the central coast of Peru with Ancash to the north, Ica to the south and Huanuco, Cerro de Pasco and Junin to the east. Contrary to what most people believe, Lima has a vast and varied highland with some of the most beautiful landscapes. This variety of landscapes and ecological steps are filled with beautiful valleys and interesting natural attractions.

More info about visiting Lima and getting around can be found here.

The region of Lima has several climates along the year, but a constant is the humidity that lasts all year in the coast. The coast is overcasted with gray skies from May to November-December. Summer months are sunny and very humid. In the highlands of Lima it is usually sunny from May to November-December and rainy the rest of the year. As altitude increases temperature decreases in this region. When passing the 3000 meters above sea level (10,000 feet), temperatures start getting closer to freezing conditions. The higher you get, the colder it will get.

More info can be found here.

Nowadays, Lima is home to at least a third of the Peruvian population. It is a mixture of Peruvian cultures and customs introduced by an increasing number of people emigrating in the 1970s and 1980s from the highlands and the Amazon Rainforest. This variety has also created a delicious cuisine recognized around the world, with two of its restaurants chosen among the 50 best restaurants in the world. Also, the head offices of the Executive, Judicial and Legislative branches of government are located in Lima Province or County. The Region of Lima has 10 provinces or counties and the most important one is Lima. The Region of Lima has several ecosystems which create different and truly beautiful landscapes. 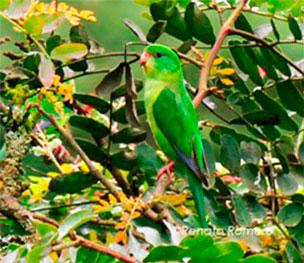 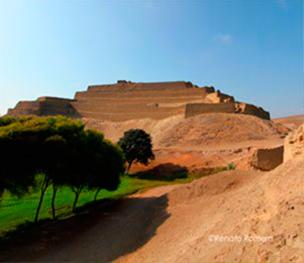 10 THINGS TO DO IN THE REGION OF LIMA

1. VISIT CARAL, THE OLDEST CIVILIZATION OF THE AMERICAS

It is believed that Caral was built at the same time than the Egyptian and Mesopotamian civilizations. The remains of the capital of this early civilization can be visited at any time of the year and it is located 2 and a half  hours away from Lima downtown at the beautiful valley of Supe. On the way to Caral visitors can visit the Lomas de Lachay Natural Reserve, but you may need to arrange private transportation to visit these 2 attractions and get back to Lima in one day (Lomas de Lachay offers safe campsites in case the adventure wants to be covered in 2 days).

How to get there: There are 2 roads to get to Caral and both of them can be reached from Panamericana Norte highway. It is recommended to arrange the service of a taxi or a tour operator to get there and spend time around the site. The adventurers can take a bus to northern Peru which stops at Supe town and from there a taxi can be hired.

Pantanos de Villa is a protected area located right next to the shores of the Pacific Ocean. Its lagoons and varied ecosystem provide food to more than 200 different species of birds during the course of the year. A visit to this attraction can be combined with a visit to the Pachacamac archaeological site which is located at only 10 minutes away. Pachacamac was the most important ceremonial and adminstrative site managed by the Incas in the region of Lima.

El Callao is a traditional town where travelers will enjoy traidtional gastronomy, history and beautiful beaches. During the Spanish occupancy of Peru the Spanish kingdom built the Real Felipe Fortress to repeal possible attacks from pirates and to keep Lima and the main port of Peru safe. Nowadays, the fortress holds the Museum of the Army of Peru and it is a popular attraction among travelers who usually combine a visit to the fortress with the Palomino Islands tour  which are inhabited by sea lions and several species of birds.

How to get there: El Callao is located at only 45 minutes away from downtown Lima and 40 minutes away from Miraflores. Public transportation is available to get there, but it is safer to arrange private transportation or hire the service of a tour operator. It is important to know that El Callao has dangerous neighborhoods and it is better to know where you are going to avoid bad experiences.

Miraflores is one of the most popular attractions in Lima due to its breathtaking view of the Pacific Ocean. This beautiful district offers a great variety of restaurants, hotels, bars, department stores, casinos, nightclubs, and even a pre-Inca site.

Places to visit in Miraflores:

Once the Spanish conquerors claimed Peru as part of their kingdom in 1532, Lima became the capital of the most important vice-royalty settled in South America. As a consequence, downtown Lima became the most important city of the colony and several colonial and republican buildings were built with all the glamour and abundance of the times. Most of these buildings have become museums and popular tourist attractions.

Places to visit in Downtown Lima:

Lima is a big city where there are several museums for all tastes. In Lima, travelers can find art, historical, anthropological, and cultural museums for all tastes. These museums offer the best of the pre-inca and Inca cultures as well as all the opulence of the most important Spanish vice-royalty in South America. Some of these museums have exhibitions of famous Peruvians around the world and the most difficult times Peru has gone through during the last 40 years.

Most popular museums in Lima:

The Peruvian paso horse is a breed of light saddle horse know by its natural four-beat lateral gait. It is believed that this horse was a mixed of the Jennets, Barb and Andalusian horses as well as 400 years of of isolation and the work done by their breeders. Nowadays, there are several competitions along the year around Peru to select the best especimens with the most important event taking place in Lima. Currently, there are several tour providers who offer great paso horse shows in Pachacamac and Lurin.

Paragliding is a popular activity among tourists in the Miraflores district. A l0 minute tour in the air is usually offered with the guidance of an expert and departures take place at the Raimondi park. Several tour providers offer this service and booking can be done online or at the park (during the high season, mid-May to mid-August is better to book online in advance.) Some of these tour providers also offer classes to learn to fly as a solo paraglider.

How to get there: The Raimondi park is located in the district of Miraflores at only a few blocks from Larcomar. The park is also located about 40 minutes away from downtown Lima.

Lunahuana is a small town located in the province of Cañete to the south of the city of Lima. Lunahuana is a valley at the bank of the Cañete river. This area is a popular attraction among locals who are looking for a quiet place to relax and/or enjoy outdoor activities such as hiking, mountain biking, paragliding, rafting, ziplining and fishing. Rafting and zipline are among the most popular attractions in this area. These tours can be arranged upon arrival in Lunahuana town with any of the local tour operators. The valley is popular for the production of wine and travelers can visit the wineries approved by the tourism agency for this purpose.

How to get there: Lunahuana is located at 184 kilometers away from downtown Lima (about 3 hours by car). Private transportation and local buses are available to get there. This is a safe drive and the road is fully paved.

Surfing is popular activity in Peru and Lima offers some of the best waves in central coast of Peru. On the "Costa Verde" beaches there are many surfers enjoying this challeging sport. At the Makaha beach travelers can take surfing classes for all levels and rent surfing equipment. The most challeging waves can be found south of Lima in La Herradura, Pico Alto and Punta Roca beaches.