Archaeological remains have been found in Chumbivilcas and Yari, in the Region of Cusco, which are believed to date back to 5000 BC; however, there are no studies that corroborate this theory. The remains of Marcavalle in the Valley of Cusco can be considered the first proven remains of a pre-Inca group dating back to l000 BC. After them, the Wari Empire occupied the Region of Cusco around 750 BC and built Pikillacta, the biggest administrative complex outside the capital in the Region of Ayacucho. After the decay of Wari, small groups of people stayed in the region without forming a group big enough to be considered a civilization until people from the south arrived and settled in the Valley of Cusco around 1200 AD. These people, the Incas, built the pillars of what later on became the biggest empire in America.

Only two years after the Spaniards arrived in Peru in 1532 AD, the king, Manco Inca, surrendered Cusco. The Region of Cusco was ruled by the Kingdom of Spain until 1821, when Peru regained its freedom. From that moment on, Cusco maintained its relevance in Peru, and during the last century it has increasingly gained world wide fome due to Machu Picchu and its archaeological value. Below is a chronology of Cusco: 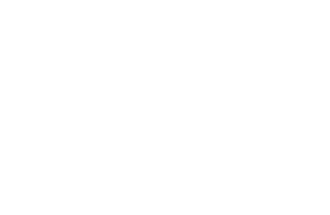 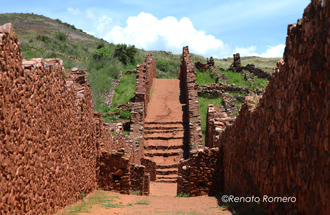 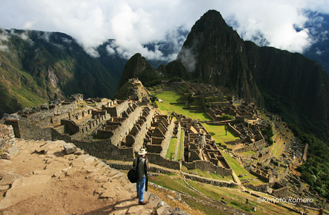 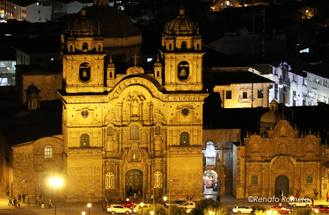 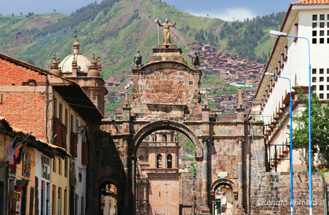 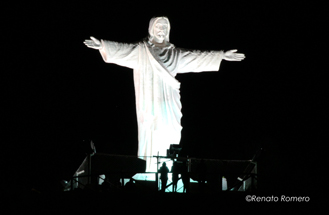 Main Location in Puno: The archaeological remains were found in the Valley of Cusco. Present-day Distric of Wanchaq, Province and Region of Cusco.

Beginning of presence in the area: The Marcavalle people started as an organized society after congregating local farmers.

Main Survival Activities: Agriculture based on the production of potatoes, quinoa, and corn. It is believed that they were also Andean live stock farmers domesticating alpacas and llamas.

Political Organization: It is believed that this was a theocratic society which adored felines, snakes, and birds.

Main Location in Cusco: Starting in what is now the Region of Ayacucho, the Wari people expanded their territory to Cusco and other areas in Peru. In Cusco, their main site (Pikillacta) was located about 30 Km south of Cusco.

Beginning of Presence in the Area: It is believed that the Wari arrived and conquered the Region of Cusco around 750 AD.

Political Organization: The Wari people lived in a tyrannical militarized empire with its center in Ayacucho. The Region of Cusco was conquered and therefore ruled by them.

Decay of the Wari Culture in Cusco: An economic crisis hit the empire, causing the Wari to lose power in the Region of Cusco. Local ethnic groups took over and regained control of their lands.

Main Location in Cusco: It is believed that the Incas first settled in the surroundings of the Huanacaure Mountain in Cusco, and from there they moved to what currently is downtown Cusco.

Beginning of Presence in the Area: It is believed that people from south of Cusco (Puno Region) arrived in Cusco around 1200 AD and settled in this area due to the mandate of the Sun (the most important deity for the Incas) . At that moment, the first known Inca king, Manco Capac, started what would later become the largest ancient empire in the Americas.

Political Organization: The Inca Empire was ruled by an Inca king who claimed to be the son of the Sun (most important deity for the Incas). Below him were in order: his heir, known as "Auqui," who was not necessarily his oldest son or even his son; the Imperial Board of Counselors (4 members) known as Tahuantinsuyo Camachic; the Imperial Public Servants, known as Apunchic, who governed the provinces; and the towns' Chie! Commanders, known as "Curacas."

Decay of the Inca Empire in Cusco: Several factors contributed to the decay of the empire, such as illnesses brought by the Spaniards and the civil war between the Inca kings Huascar (ruling in the south) and Atahualpa (ruling in the north) . Once Atahualpa was captured and assassinated in Cajamarca in 1532 AD, the destruction of the empire was almost complete. Cusco was conquered in 1534, when the new king Manco Inca capitulated.

Main Location in Cusco: The City of Cusco was the capital of the Inca Empire and it continued to be the capital of the Region once Francisco Pizarro and his Spanish army arrived there and declared the city to be part of the Kingdom of Spain.

Beginning of Presence in the Area: Francisco Pizarro first arrived in Cusco by the end of 1533, when Inca Manco Capac capitulated. There after the City of Cusco was officially established as a Spanish city.

Main Survival Activities: The Spaniards based their economy on mining, agriculture, live stock, and  commerce.

Political Organization: Cusco was ruled by the viceroy of the viceroyalty of Peru, who ruled through the "Teniente Gobernador" and other subjects of the Kingdom of Spain.

Decay of the Viceroyalty: The freedom of Peru was declared in the Main Square of Lima in 1821, and with this Cusco also gained its freedom.

Capital: The capital of the Department (later on Region of Cusco) was the City of Cusco.

Role of Cusco During the First 100 Years: The Region of Cusco suffered a great depression after the country gained its independence. The majority of its population lived in poverty, and it wasn't until the re-discovery of Machu Picchu 191 l that the region gained popularity and recovered some of its glory.

Cusco's Economy: The economy of Cusco was based on agriculture and mainly on the exportation of products such as coffee, tea, corn, and native tubers. The construction of the railroad to Cusco in 1908 didn't relieve the weak economy of the region.

Cusco's Culture: The San Antonio Abad University and local schools provided education to locals and natives of nearby regions such as Puno and Apurimac.

Cusco's Art: The Region of Cusco was an important art center during the Republic due to the importance of the School of Arts, well known around South America. The native folklore and customs of the region were maintained and practiced during all local festivities.

Capital: The City of Cusco continued to be the capital of the department and later of the Region of Cusco.

Role of Cusco in the Last 94 Years: The Region of Cusco started to regain its glory, and Cusco started to become popular among Peruvians and foreigners. Several universities around the world focused their research in Cusco and the Inca culture. This placed Cusco at another level, turning it into the cosmopolitan city that it is today.

Cusco's Economy: The economy of Cusco has improved considerably in the last 20 years; however, a third of the population still lives in poverty. The economy of Cusco is no longer based exclusively on agriculture. Nowadays, the tourism industry, mining, natural gas, and construction are the main sources of income for the region.

Cusco's Culture: The City of Cusco is cosmopolitan, where people from all over the world have settled or come to the city to learn local customs, history, and Spanish. This has brought higher levels of education and nowadays the city boasts four universities (three of which are private) and several private schools with high levels of  education.

Cusco's Art: The Region of Cusco continues to be an important art center due to the importance of the School of Arts, which attracts students from all over the world. The native folklore and customs of the region are practiced during all local festivities. The most important festivity is the Inti Raymi (Festival of the Sun), which is a remembrance of the festival practiced by the Incas during the winter solstice.